Yes, the newest hangout at Midtown Tampa has 48 beers on draft — more than almost any other bar in South Tampa — and 84 TVs throughout, including 31 directly above the bar.

But the bar, its owners say, is only part of what’ll make Tampa’s first Walk-On’s appealing.

“We’re not a sports bar; we’re a sports restaurant,” said Mike Lester, the franchisee behind this Walk-On’s at 1140 Gramercy Lane. “Our demographics are entirely different. Our demographics are right down the middle — 50% men, 50% women and lots of families and children. They’re all welcome.”

Well over a year since Walk-On’s was announced for the $1 billion mixed-use development near Interstate 275 and N Dale Mabry Highway, the restaurant is finally ready for its grand opening on June 20. Walk-On’s is planning a ribbon-cutting at 10 a.m. with giveaways for the first guests. 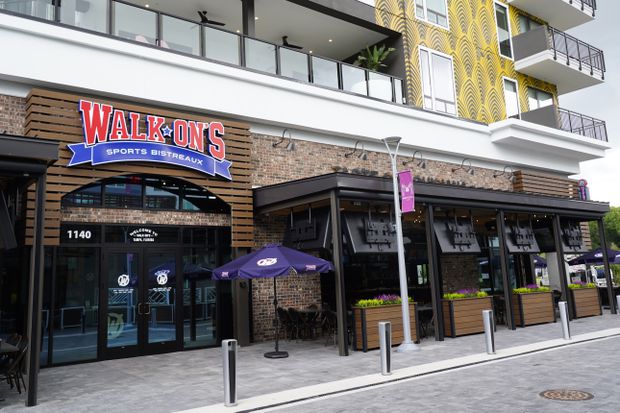 The delay was due partly to slowdowns in the permitting and build-out process, especially as Midtown opened and residents moved into the development. But it was also because Lester, previously president of the fondue restaurant chain The Melting Pot, wanted the design and feel to be just right. An average Walk-On’s costs around $4.2 million to open, Lester said, and the Tampa location came in right around that figure.

“We hadn’t fully appreciated how complex this whole operation is,” Lester said. “We have 100-and-some people sleeping right above us. We have to take safety into consideration. So we slowed down, we said, ‘Okay, let’s make sure everything goes perfect,’ and that’s what we did. That just took extra time to do that.” 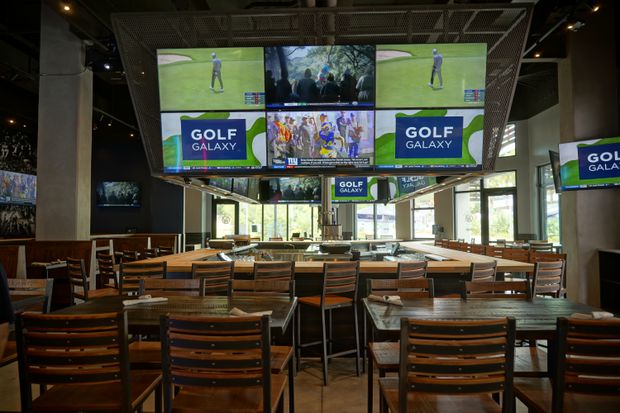 Walk-On’s Sports Bistreaux at Midtown Tampa features TVs all over the restaurant. The fast-growing chain backed by Drew Brees will open in June. [ LUIS SANTANA | Times ]

Walk-On’s began in Baton Rouge, Louisiana, the brainchild of former Louisiana State University walk-on basketball player Brandon Landry, with later backing from former New Orleans Saints quarterback Drew Brees. For the last few years, it’s been one of the fastest-growing restaurant franchises in the country, with dozens of stores nationwide, including new locations in Wesley Chapel and Lakeland.